An important part of achieving the objectives of the HySA programme is to integrate the technology into end-user applications that could lead to the commercial use of the technology and the resultant socio-economic benefits of new industry development and PGM and mineral beneficiation. Transport applications are seen as a major opportunity for the use of Hydrogen Fuel Cells globally and are already being demonstrated by mainstream automotive companies and even used commercially in various niche vehicle applications.

The largest demand for FCVs is expected to be in passenger vehicles, with several models already being displayed by automakers across the world. Encouraged by the significant government investments and progressively harsher emission legislations, all of the large automotive companies have established R&D in this field. It seems however, that infrastructure overall cost and fuel cell durability remain significant challenges that are still holding back the mainstream market uptake of FCVs.

Rather than trying to compete directly with these large companies and national programmes, HySA’s strategy is to pursue opportunities in niche vehicles with the expectation that if successful, its technologies will spill over into the mainstream automotive field. In collaboration with various vehicle partners, HySA Key Programme 3, Hydrogen-Fuelled Vehicles addresses mainly niche FCVs, including material handling vehicles (e.g. forklifts), light passenger vehicles (e.g. three-wheelers, golf carts and micro-cars) and special-purpose vehicles (e.g. mining locomotives).

The scope of HySA Key Programme 3 is to develop and integrate systems and modules that can be used in these niche vehicles, based on HySA technologies. This includes the on-board Hydrogen storage (including Metal-Hydrides), the Fuel-Cell System (the FC-stack and its controller), power electronics and the Li-ion Battery System. A modular ‘HySA Power Module’ is being developed that incorporates the FC Stack, Battery System, Hydrogen Storage and controlling electronics. This can be retro-fitted into existing niche battery-powered vehicles with minimal changes to the vehicle itself. 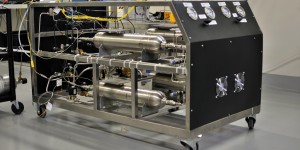 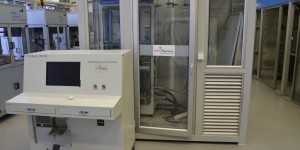